Insight. Support. Accountability.
Helping professionals identify, clarify and reach their goals.
By providing an objective, third-party perspective for our coachees, by supporting them through the changes they want to make and by holding them accountable to the commitments they make, we facilitate increased self-awareness and the achievement of meaningful personal change. 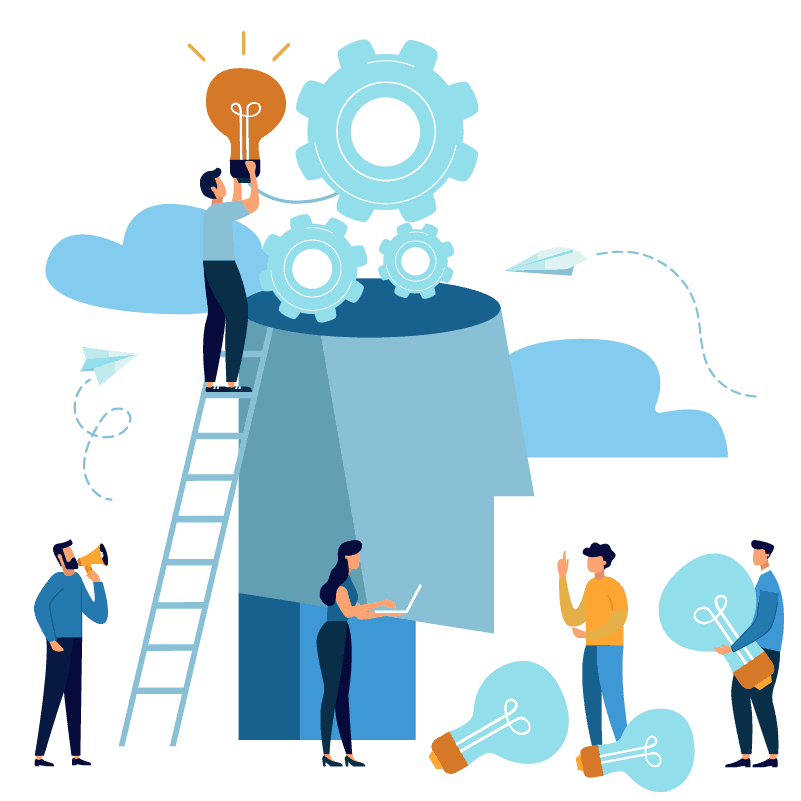 The coach provides ongoing supportive accountability, while the coachee explores their motivation, their habits and thinking patterns and engages in experimentation. Trying new ways of doing things and learning from this experience.

Our experienced coaches have worked with clients across a broad range of issues, including: self-confidence, adjusting to new roles, dealing with challenging relationships, preparing for retirement, managing stress and health coaching, to improve their general wellbeing. We’ve coached recent graduates, managers of large teams and senior executives.

Coaching can be a standalone development activity, or it can form part of a more structured development programme.

Boiling coaching down to its essentials, working with a coach can help you:

How coaching can help

What our coachees say

There is a before and an after working with Richard. Once you embark on the coaching journey, be prepared for a tremendous positive change in your daily life. Thanks to his strong experience, focus, kindness and skills, Richard successfully and gently steers you towards personal breakthroughs and discoveries.- Alvaro Duarte, Head of Studio, King
All six coaching sessions were excellent, worked extremely well with Richard who was very supportive and available between the sessions. Enjoyed the past six months working with Richard and have learned more than I had expected, the feedback from my reports and peers within the business has been extremely positive and I believe my leadership style has significantly improved. I have already recommended the coaching experience to others in the business and have already booked a follow up session with Richard for later in the year. Thank you, Richard for all your help and support, it is greatly appreciated.- Coachee feedback via survey
Massively positive experience. I learned a great deal about how I work and specific actions I can take for both immediate and long- term improvements. My coach was exceedingly professional but also personable and easy to relate to. His level of focus was always very high. The sessions were intense and demanding but rewarding for sure.- Coachee feedback via survey
Overall Richard was engaged and genuinely helped me focus on the items that I wanted to work on during coaching. He provided valuable feedback and was able to pull from the examples I brought to the sessions from a real-world attack strategy. He provided tools and worked with me to run them through how I can incorporate them into my daily work. He demonstrated caring, attentive and very professional approach to working with me, and it resulted in me trusting him which made the coaching that much more successful.- Coachee feedback via survey
I worked with Richard over 6 month period to help me prepare to move from a Director level role to a COO role. During that time Richard helped me through a number or challenges, specifically with gaining confidence in moving away from tactical thinking, looking at real-time results and into a more strategic mindset where results typically take much longer. Additionally, Richard provided me with some great techniques to help me address my 'self-talk' and step outside my comfort-zone when working in larger groups. The time spent with Richard has helped me both professionally and personally. I highly recommend him as Executive Coach and look forward to working with him again in the future.- Client Testimonial
Richard coached me in preparation for me to take up a senior leadership role. Not only did the program fulfill my expectations of professional enrichment, the value-based framework taught by Richard has also helped me grow into a more resilient individual. The lens of values and purpose has since been benefiting me immensely. I highly recommend Richard's coaching programs.- Client testimonial

Who can benefit from coaching?

Senior leaders can benefit from coaching as they deal with the challenges of leadership, of making change and setting a strategic direction, all while simultaneously attending to the needs of their direct reports and working on their own development. It can be lonely at the top – we want your leaders to thrive and role-model your organisation’s values.

A manager’s job is never done. In fact, managerial roles tend to expand over time and managers can feel pressure from both above and below as they navigate the day to day challenges they face. We’ve coached managers at all ends of the spectrum, from the newly appointed to those with significant experience under their belt.

Moving from the structure of the university to the ambiguity and politics of the workplace, graduates can benefit from professional support to understand how they can leverage their strengths and work on their development areas. This ensures their employer feels the benefits of their contributions and talent sooner. Whether it’s part of a structured development programme or a standalone activity, we can ensure your graduates adapt and excel.

We want to make coaching available to everyone, not just the most senior members of the team. But we know that coaching is often viewed as the preserve of the senior, necessitating a significant investment. That’s why we’ve created Coach on Campus, a flexible and cost-effective coaching solution aimed at offering coaching to more of your talented employees.

Depending on the package, sessions last between 60 and 90 minutes at a time and can be spaced out at a rhythm appropriate to the topic we’re working on. Often, this means meeting on a monthly basis but depending upon the issues being explored we may meet more often at first, with longer intervals between sessions as progress is made and circumstances change.

Your coach will provide you with any resources you need (e.g. handouts, articles to read, videos to watch) and agree with you the tasks you’ll complete between each session. This might involve maintaining a journal of your development, experimenting with new behaviours or trying some relaxation techniques. The key point is: you’ll take action and come to your next session ready to share how it went.

The coaching relationship is different to most other relationships in your life and one core difference is the confidential nature of coaching. With very few exceptions, what we discuss in our coaching sessions doesn’t leave the room.

These exceptions are concerned with legal and wellbeing issues, and we’ll elaborate on them during the chemistry meeting. And if you’d like us to intentionally speak to a third party (e.g. your manager) about the coaching in detail, we can do with your permission.

Outside of those exceptions, we treat confidentiality very seriously. You, of course, are free to discuss your coaching with anyone you wish. We actively encourage coachees to speak openly about the coaching experience, so that those around them can understand why they’re trying new things and can even provide them with some helpful feedback along the way.

If coaching is being organised and sponsored by your employer, then they are also part of the process. We’ll take input and feedback from someone appropriate (e.g. your manager) and liaise with the business as we progress.

Confidentiality will still apply, of course, though we’ll be able to confirm with your employer what’s in the coaching contract and indicate your level of engagement or progress in very general terms. And of course, you can be as open about your experience with them as you like.

We understand how challenging it can sometimes be to find a suitable coach. There are no barriers to calling yourself a coach, so we emphasise our experience and professional skills in everything we do.

All our coaches are accredited and qualified coaching psychologists. This means they’re registered with the British Psychological Society and have additional coaching skills training on top of their professional psychology education. As coaching psychologists, we can leverage our deep understanding of how people think, feel and act while using practical coaching techniques to unleash our clients’ potential.