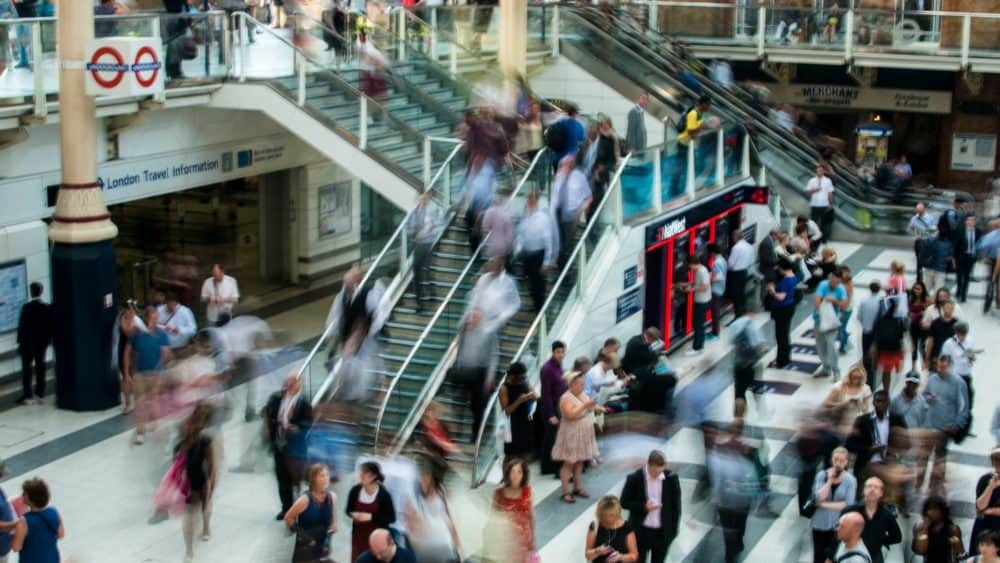 Work-life Balance: what do we really mean?

Last month, I was asked to contribute to the newsletter of the Division of Industrial-Organisational Psychology, part of the Hong Kong Psychological Society. I had been discussing challenges to work-life balance with my colleague Austin Tay, the editor of the DIOP newsletter and, before I knew it, I had volunteered to write an article.

Once again, I turned to the theme of the language used when we discuss the interface of work and non-work, which surely has an impact on how it is perceived by employers and employees. The phrase “work-life balance” is still apparently the most popular way to refer to this construct, despite its many limitations. I suggest we challenge misinterpretations where they arise, challenging ourselves as practitioners – and our clients – to think as broadly and inclusively as possible.

Read on for a reproduction of the article distributed by DIOP – thanks again to Austin for giving me the opportunity to contribute.

Work-life Balance: what do we really mean?

Like many other psychological research areas, the terminology used to address work-life balance has developed over time, in the most part reflecting an evolution of research focus. However, there still remains a plethora of terms used, seemingly interchangeably, to describe the interface between the workplace and an employee’s home life. Probably the most popular term in use is a collective “Work-Life Balance”, though a number of others are still in use: Work-Family Balance, Work-Family Conflict, Work- Family Interference, Work-Family Spillover and so on.

However, there is a much deeper issue with regard to language, meaning and interpretation of work-life balance issues. These explore the language and contexts used in the research to date, and highlight its limitations in addressing a more holistic view of the construct in question. Ozbilgin, Beauregard, Tatli and Bell’s 2010 critique of the positivist framework of previous research points to its limited scope of what “family” and “work” represent. They highlight these as “blind spots” in work-life research. Similarly, Geurts and Demerouti (2003) point out that there is little agreement as to what constitutes “work” and “non-work” and simultaneously highlight the difficulty this brings to a contemporary context in which previously distinct domains and roles have become increasingly interrelated.

Traditional definitions of “work” involve reference to structured, paid employment (e.g. Warr, 2002). However, this excludes effort-related activity that is done outside of formal employment. An example here would be the domestic chores that are done in most households on a weekly basis (e.g. cleaning, gardening). Though the stakeholders are usually not paid for fulfilling these, they often involve physical labour and exertion, and yet because of their temporal or geographical context, are traditionally classified as being part of the non-work domain.

Similarly, work that is undertaken on a voluntary basis would also (traditionally) fall under the “life” banner if outside of formal employment contexts. Examples here would be work done for local religious or charitable organisations (e.g. visiting elderly neighbours with “meals on wheels”, coaching youth sport teams, organising charity fundraising drives), especially where the employee’s core work-related skills are called into play. Consider the website developer who is employed Monday to Friday to develop and maintain corporate websites and at the weekends uses these same skills to develop and maintain a website for his local neighbourhood watch association. He is formally employed and paid to fulfill the former, but engages in the latter free of charge.

The contemporary work domain is not as distinct from the non-work domain, either spatially or temporally (Geurts & Demorouti, ibid) due to advances in technology and work design, which have freed work activity from fixed work environments and schedules. As work has increasingly impinged on the non- work domain, there is some evidence that the opposite is also true. Geurts and Demorouti cite the example of concierge-type services offered in some organisations, which provide personal care services to employees at work (e.g. picking up laundry, arranging travel) as well as work-based fitness facilities and child care centres.

While temporally and geographically “at work”, many employees can now access the internet to complete home domain tasks (e.g. online grocery shopping, holiday planning, personal email exchanges) resulting in a significant blurring of the work/non-work boundaries.

Speaking in a personal capacity, I always ask conference audiences to raise their hands if they believe they are “at work”. Usually, only about half do so. “Work”, therefore, means different things to different people.

Discussion of work-life balance has been influenced (and potentially limited) by the terminology used to describe the concept, particularly its limited interpretations of the word “family”. Several researchers have recently critiqued the existing research for an over-emphasis on narrow and traditional definitions of “family” (e.g. Moen, 2010; Crane & Hill, 2009). Use of the term “family” is problematic for a number of reasons.

Firstly, a restrictive definition of the term excludes those individuals for whom home life does not conform to the traditional concept of nuclear family (i.e. a co- habiting, married man and woman with children). It excludes single-parent families, same-sex relationships (whether formally state-recognised or not; whether involving the raising of children or not), childless couples and, of course, single people without any caring responsibilities.

In 21st century Europe, “Family” as a concept now encompasses a much broader range of relationships and generations than the “traditional” co-habiting married husband and wife with children. Previous research into work-life balance has made the mistake of conflating “family” with this traditional structure, a failing that is explored in more depth later in this chapter. As Barnett and Hyde (2001) point out:

“The lives of women and men, the relationships that they establish, and their work have changed dramatically in the last 50 years, but the dominant theories driving research in these areas have not.” (Barnett & Hyde, 2001, p781)

A second failing of the “work-family” framework is that it has an implicit focus on home, or domestic, life. It excludes all of the other activities an employee may be involved in outside of the workplace which may include educational or developmental activities, sport and leisure activities, social and religious activities. A focus on “work-family balance” for example, immediately places importance on family life, as opposed to all of an employee’s experience outside the workplace.

Casper, Eby, Bordeaux, Lockwood and Lambert (2007) emphasise the need to acknowledge the requirements and contexts of single employees and those without children and highlight the paucity of measures sensitive to their situations.

Traditional definitions of “family” are now insufficient to deal with the diversity of familial units that make up the modern employee pool. David Popenoe’s (1993) assertion that the American family is in decline and his belief that this was an extremely unwelcome development echoes much of the reactionary social commentary experienced by modern family units. Popenoe (ibid) asserts that to count as a family, there needs to be a dependent (child or adult) in the mix:

“I define the family as a relatively small domestic group of kin (or people in a kin-like relationship) consisting of at least one adult and one dependent person. This definition is meant to refer particularly to an intergenerational unit that includes (or once included) children, but handicapped and infirm adults, the elderly and other dependents also qualify.” (Popenoe, 1993, p529)

However, despite including gay and lesbian families, single parent families and stepfamilies, Popenoe excludes couples without children. A new terminology is therefore required to avoid continuation of limited and limiting definitions of what constitutes the “family” domain when examining the interface between work and home.

The term “balance” is also problematic. “Balance” suggests a 50/50 split between work and home life, a ratio that may not suit everyone, while simultaneously suggesting that balance between the two domains is possible, even desirable. Lewis (2003) points to work-life integration as a suitable and more accurate alternative to work-life balance as it better represents reality. “Integration” speaks to the ongoing, dynamic efforts employees make to ensure the work and non-work domains of life co-exist in a complimentary, as opposed to mutually-destructive, relationship.

Moen and Hernandez (2009) also critique the use of the term balance, pointing out the inherent inference that “balance” places the focus on the individual’s challenges, rather than on societal or organisational issues which place the individual in an undesirable position in the first place.

Lewis, Gambles and Rapoport (2007) make the distinction between the narratives of “personal control of time” and that of “workplace flexibility”. The first places the onus on the individual employee to balance the various demands placed upon them in both work and non-work domains, intimating that responsibility for managing this lies with the employee.

The second focuses on the process- and policy-led narrative in organisations, such that employers “allow” employees a measure of job flexibility through explicit communication and policies. Take-up of such flexibility is another matter, and the culture of the organisation may relate a message of undesirability (e.g. negative impact on career advancement) associated with flexibility, regardless of what is explicitly stated in policy documents (Burke, 2006).

This second narrative assumes that organisational policy-making is the solution to work-life conflicts, rather than taking a holistic view of the employee experience – that is, as a member of a wider community and a national workforce (Lewis et al, 2007).

Acknowledging the above critique of the terminology, a more neutral alternative may be to distinguish between the “work” and “non-work” domains, while referring to the interactions between the two as the “work-home interface”. This excludes any possible exclusion of “non-traditional” family units and also serves to include non-work activities or obligations not directly related to family members (e.g. sport and leisure, personal development etc.).

As practitioners, it is up to us to ensure we don’t limit our thinking – or that of our clients – through imprecise use of these terms, no matter how popular they may be.