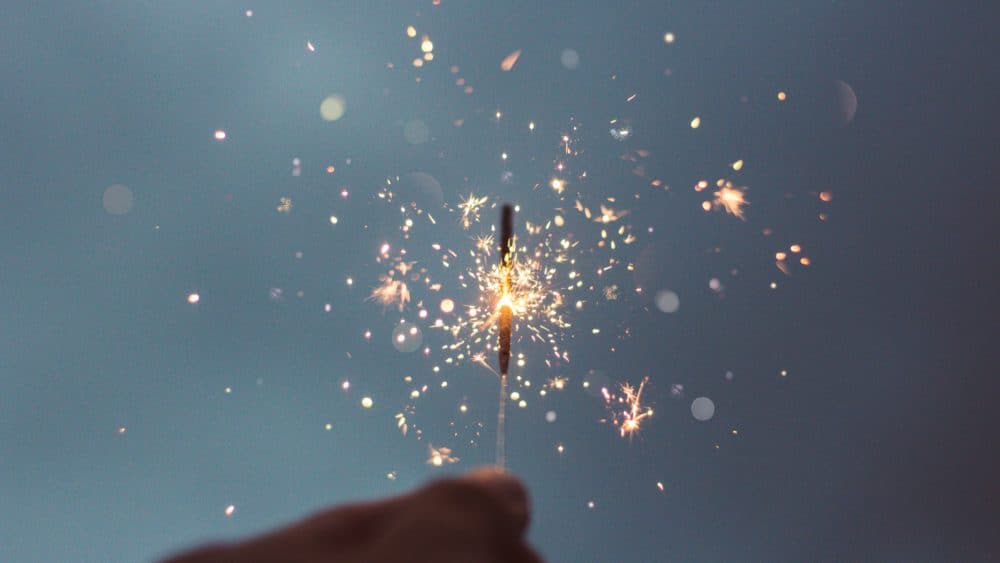 Looking for some resolution?

It’s the time of year when so many of us commit to making some changes in our lives, signing up for a New Year’s resolution.

But we all know how unlikely we are to stick at those (some studies estimate the percentage of successful resolution-keepers is in the single digits), so why do we do it and how can we make it work for us?

As humans, we’re naturally attracted to fresh starts. January 1st represents the king of these and so we can easily imagine ourselves leaving behind bad habits as the clock strikes midnight and somehow (somehow!) changing ourselves fundamentally. So the first thing to point out is that it’s hard to make changes to our behaviour. Success isn’t accomplished overnight. The second related point is that there’s nothing magical about January 1st – it’s just the start of a new year and a new month.

You could start your new habit on the 5th of March and have just as much (or as little) success. Is the start of January really the right time for you to make significant changes? Perhaps not. It might be time to go back to the drawing board and make a start on change when you’ve really thought it through. It doesn’t matter a jot if that’s later in January or later in 2019.

If you’ve got this far and are still clinging on to your newly-crafted resolution, here are some more questions to consider.

Do you really authentically want to change? It’s all too easy to jump on a bandwagon with friends or family and agree to do something like sign up for a marathon or lose an arbitrary amount of weight. Especially if you’re caught up in the enthusiasm of a public holiday. But if your heart isn’t really in it, you’re not likely to succeed – not without making yourself miserable in the process, at any rate. So make sure whatever change you have in mind is something you genuinely want.

Then consider why you want to make this change. What will it mean for you and those who are important to you? Being clear on the wins will help you when you’re finding it difficult a few weeks down the line. The ‘why’ of change is very important and often overlooked. When the last thing you want to do is get changed after work and go and run in the rain, it can be helpful to remind yourself of why you’re doing this (unless you’re particularly attracted to running in the cold and wet!).

While we’re discussing high level concepts, what about your values? Does the change you want to make align with the kind of person you want to be? If you can make a link between the change, the desired outcome and your values, you’re more likely to keep going when the going gets tough. Check out this post to understand the relevance of values.

Okay, so by now you’ve probably come across the SMARTER acronym for effective goal-setting. In fact, you’ve probably seen a few version of this floating around. The question is: have you actually put it into practice? Take pen to paper and write your goal so that it’s:

Getting there with habits

So you’ve got a well thought-out and articulate goal. Excellent! So how are you going to get there? The journey between good intentions and successful goal-attainment is paved with small habits. Making small changes on a regular basis is going to get you a much better result than ‘big bang’ change. Start small, see the difference, boost your confidence and then take the next step.

Changing our behaviour can be made easier when we change our environment. You want to get out for a run before work in the morning? Put your running gear out the evening before. This removes the friction between your intention to act and the actual behaviour itself.

You can also add a new habit to an existing one through a simple process called ‘habit stacking’. This means that you add the new action to your schedule at the completion of something you’ll definitely do. Like “When I’ve finished brushing my teeth in the morning, I’ll do twenty press-ups”. Think about your existing habits and the potential for adding some new, helpful ones in to boost your chance of success.

Think of what could go wrong

This might sound dark, but it’s important to think of the realistic setbacks and challenges you’ll face along the way. You can then plan your response to them. So what will you do when your evening run gets prevented by a late night at the office? Is there another form of exercise you can get instead? What about if illness prevents you from getting to the gym? If a family commitment keeps you from a class in the evening? If a friend asks you to go to the pub or suggests you skip your language class.

Think about what you’ll say to yourself and what you’ll do in response to anticipated difficulties, even if these come from within. And they can! Boredom, frustration, unwillingness to put up with discomfort. All of these are generated within us and can derail our attempts to make a change.

It can also be useful to reflect on your previous attempts at behaviour change and what derailed them. Be honest with yourself and adjust this year’s plan as a result of this insight. You might have bitten off more than you could chew. You mightn’t have been specific enough about the changes you wanted to make or found yourself easily lead astray by others. New Year doesn’t mean ‘new you’, but you can learn from old you to increase your chances of success.

You can have the best plan in the world, but you may have some genuine obstacles and setbacks that you can’t deal with. That’s fine. Reconfigure your goal and start moving again. Don’t give up completely. Maybe identify a staging goal that you can reach on the way, or push out your time-frame. The important thing is that you don’t abandon your change completely. Be flexible – you’re not re-writing a constitution here, just some commitments to yourself. Keep going!

We discussed the factors that might prevent you from successfully sticking to your resolutions back in episode 20 of ‘My Pocket Psych’.

If all this has enthused you to make some changes, let us know how it’s working out for you in the comments below. And if you’ve decided to wait until later in the year, that’s absolutely fine too.